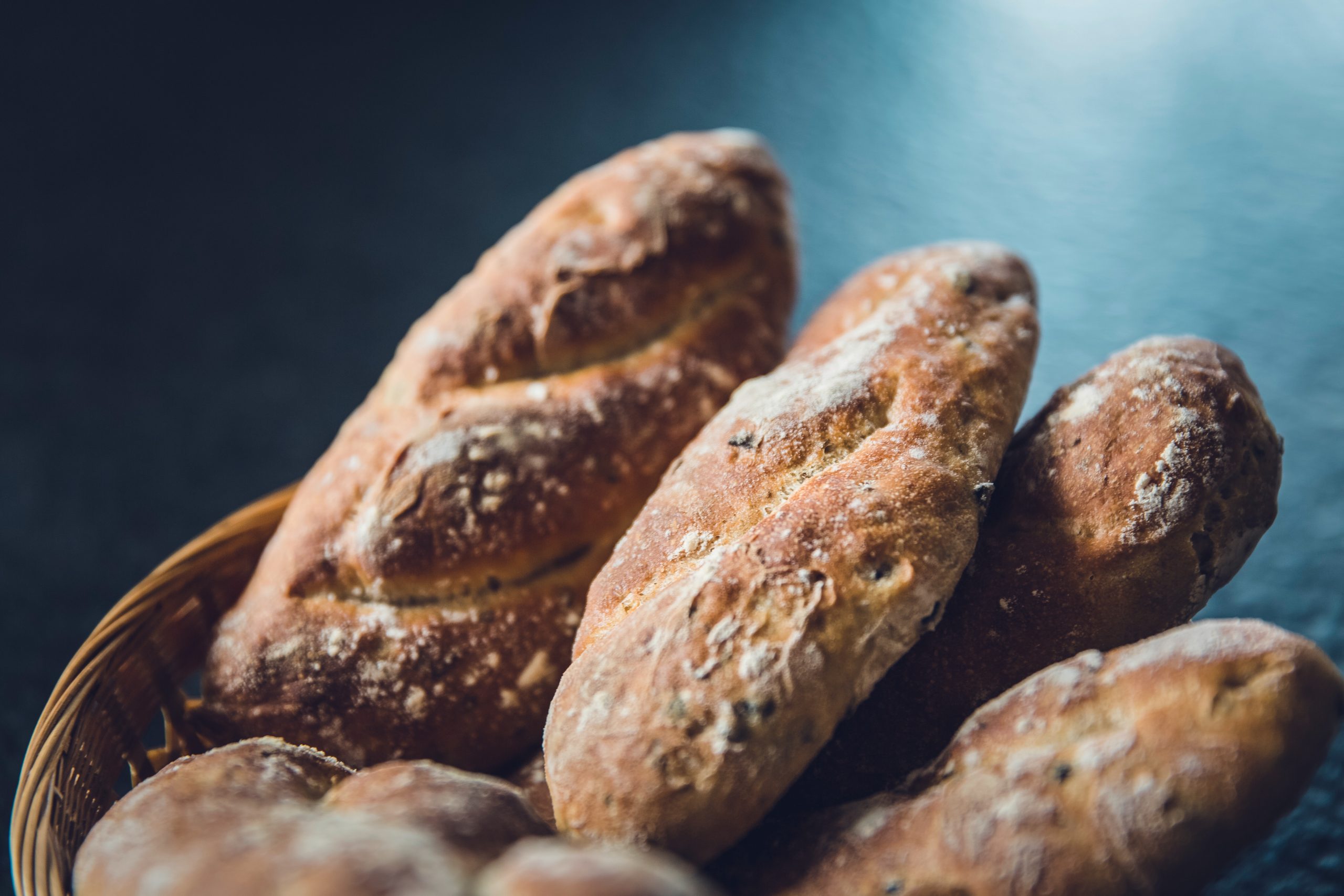 The topic of food sensitivities has become more popular over the last several years, with gluten sensitivities being one of the most popular. Gluten-free foods have shown up in nearly every grocery store and restaurant, and more and more people have chosen to adopt a gluten-free diet. Many critics of the gluten-free movement claim that only people who have celiac disease should eliminate gluten from their diet, but research has increasingly shown that there is a large group of people (estimated to be up to 13% of the population) who have mild to severe sensitivities to gluten, often called non-celiac gluten sensitivity. There are also many personal reports of people feeling better and having symptoms disappear when they removed gluten from their diet, and experiencing the same symptoms again when gluten was reintroduced. Anyone could have a gluten sensitivity, and it often affects each person differently.

Gluten is a group of proteins found in certain grains including wheat, spelt (a grain closely related to wheat), barley and rye. Oats do not naturally contain gluten, but they are often grown in the same fields as gluten-containing grains. They also often share processing and packaging facilities with gluten-containing grains, and can become contaminated with gluten. This is why you should opt for oats that are certified gluten-free if you are avoiding gluten. Gluten-containing grains are common in baked products because the gluten proteins are sort of ‘sticky’ and can hold dough together, and give it the elasticity bakers and pizza makers often need.

Why is Gluten Suddenly Bad?

Some researchers claim that humans have been consuming gluten-containing grains for over a hundred-thousand years. So why are so many people suddenly developing problems with something humans should be used to eating? Researchers aren’t completely sure as to why this has happened, but there are several theories. One theory is that the wheat now being grown and consumed has a higher amount of gluten in it that it has throughout human history. Much of the wheat grown today has been bred or modified to contain more gluten because it acts as a natural insecticide. Another theory posits that in the developed countries people may be too clean, and don’t come into contact with the bacteria, fungi, and parasites that people in less-developed countries often do. Most people think the cleaner the better, but some research has shown that by not being exposed to some of these organisms, our digestion is negatively affected, and could be one of the reasons that food allergies are virtually unheard of in many parts of the world. Many other countries also consume fermented foods every day or nearly every day, which provides good bacteria for the gut, enhancing digestion and overall health. Some other theories include the overuse of antibiotics and the drastic increase in wheat consumption in the developed world.

Many people believe that a food sensitivity would primarily cause digestive symptoms, but that isn’t always the case. Some of the most common symptoms can include headaches and migraines, fatigue, brain fog, diarrhea or constipation, abdominal pain, depression and/or anxiety, and bloating. It can also cause dizziness, joint pain, muscle pain, skin conditions such as eczema, psoriasis and acne, and potentially contribute to the development of certain autoimmune disorders. Some people have even had these symptoms misdiagnosed as medical conditions when it was actually due to a food sensititivity they didn’t know they had. This is why testing for food sensitivities is so important, because it can be difficult to tell if you have one, especially if you have had mild symptoms for years that you may not have noticed.

What if I Keep Eating It?

One of the common questions about food sensitivities is about what happens if a person continues to eat a food they are sensitive to. Since the symptoms often vary, it can be different for each person. However, when a person consumes a food they are sensitive to, it typically triggers an immune response that can range from mild to severe. This immune response can cause your body to create antibodies for that specific food protein, and it also causes inflammation. Inflammation can be helpful in certain situations like fighting off an illness, but chronic inflammation is what many experts believe is one of the main reasons for the staggering increase in chronic diseases over the last few decades. So, if you are sensitive to a food as common as gluten, you are likely eating it every day, potentially triggering an inflammatory response every day.

Can I Eat It Occasionally?

Food sensitivities do not care if it’s a cheat meal, your body will still react to it. Even if you only eat it once a month, it will still trigger inflammation, and can trigger symptoms that persist for days to weeks, sometimes longer. This is especially true for gluten sensitivities. If you are sensitive to gluten, eating it just one time can cause your body to create new antibodies against it that can stay in your system for three to six months, with some studies showing they may stay as long as two to three years.

How to Go Gluten-Free

Choosing to follow a gluten-free diet can be daunting, and it is often difficult at first. You may feel like you can’t eat anything because it seems like everything has gluten it. Unfortunately, many of the foods that the average person consumes each day contain gluten, and eating at restaurants can be particularly difficult. However, it gets much easier after just a few weeks. You do have to make some big changes, and getting in the habit of reading ingredient labels on all packaged foods and beverages you consume is important. (You might also be surprised at the chemicals found in some of these foods.) This may sound difficult, but eventually you’ll know what foods are more likely to have gluten hidden in them, and you’ll probably begin to remember what foods are gluten free without having to reread ingredient labels.

Eating gluten-free at restaurants can be more difficult because there usually isn’t a complete list of ingredients. Many larger chain restaurants post full ingredient lists online, so you can check and see what you can eat before you visit the restaurant. You can also ask your server about a particular food you are unsure about, and they will usually give you the information you need or offer to have the chef speak to you. Meats, vegetables, and fruits are naturally gluten-free, but be careful of any sauces or seasonings as many of them contain gluten. One example of this is hard-shell tacos. Most people would think that they don’t contain gluten because the taco shell is made from corn, and the rest is seasoned meat and toppings, but most restaurants use taco seasoning that contains gluten. This is just one example of things to watch out for when eating at restaurants, and another reason to cook and season your own food at home.

In kitchens or processing and packaging facilities that use both gluten-free and gluten-containing foods, there is always the possibility of cross-contamination. Cross-contamination occurs when a gluten-free food like french fries comes into contact with something that contains gluten, like frying oil used to fry breaded items (which is why most french fries aren’t considered gluten-free). This is why restaurants will say that they cannot guarantee something is gluten-free because it shares a kitchen with regular foods. With cross-contamination, you never know if you are getting little to no gluten, or a lot of gluten, and it is virtually unavoidable if you eat at any restaurants that don’t exclusively prepare gluten-free foods. Choosing to avoid all chances of cross-contamination is a personal decision, as a tiny amount of gluten may not affect people with more mild sensitivities whereas it would affect a person with a severe sensitivity. If you have celiac disease, cross-contamination can potentially be dangerous, and getting “glutened” (the term often used to describe when a person unknowingly eats something containing gluten) can be debilitating. People with celiac disease have even reported getting sick from kissing someone who had recently eaten gluten-containing foods. So, cross-contamination affects each person differently, and is something you should be aware of if you have any food sensitivities.

What to Look for on Ingredient Labels

Gluten is hidden in many foods, behind many different names. When trying to figure out if a food contains gluten, look for these ingredients:

This is not a complete list, but it is a good place to start. If you feel overwhelmed with trying to remember what to look for, you can choose to purchase only foods that are certified gluten-free.

Foods to Eliminate or Replace

Gluten-free diets have become incredibly popular over the last few years, so there are gluten-free alternatives for nearly every common food.

Some of the more obvious foods to eliminate or replace with gluten-free versions include:

There are also some foods that most people would think are already gluten-free, but in fact often have gluten in them. These include:

Having a food sensitivity test done is the most accurate way to determine if you have a food sensitivity. You can try an elimination diet, but they are very strict and require consistent, accurate descriptions of symptoms daily, and closely following the elimination and reintroduction guidelines which can be difficult. Tests can often show if you are sensitive to several different foods, and some tests can even show the degree of the sensitivity. Our Wheat Zoomer/Leaky Gut/Food Sensitivity Panel Profile 1 tests for wheat sensitivities, wheat allergies, gluten sensitivities, and celiac disease. It also measures intestinal permeability.

Choosing to adopt a gluten-free lifestyle can be intimidating and difficult at first, but it gets easier over time. Although it can be a lot of work at first, it’s worth it to give your body a chance to recover from years of eating something you were sensitive to.

You can listen to our Is Gluten the Hidden Cause? podcast episode here. You can also listen on our YouTube channel here.