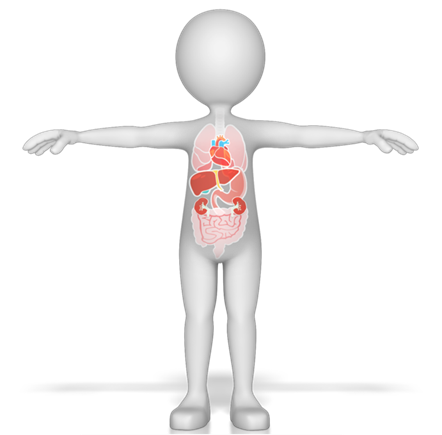 The thyroid is a small gland that has big impact on the body. Not the least of which is on the digestive system. Study after study, as well as everyday human experiences, show a strong relationship between the gut and the thyroid gland. Both hypothyroidism and hyperthyroidism play their negative roles in the workings of digestion.

To begin, let’s talk about the thyroid’s function. As you probably know, the thyroid is a small gland in the throat that produces hormones. Its main job is to regulate the body’s metabolism. Remarkably, the hormones affect every system of the body. The digestive system does not live under the radar when it comes to their grasp.

In the case of hypothyroidism, the thyroid produces too little hormones than are necessary. About one in twenty Americans aged twelve and up has this form of thyroid ailment.

On the other end of the spectrum, hyperthyroidism occurs when the thyroid produces too many hormones. One in one hundred Americans has this. Both can disturb the digestive environment in various ways.

The performance of the thyroid effects the production and performance of stomach acid in surprising ways. Improper food digestion is a result of low levels of stomach acid, another problem caused by misbehaving thyroids. Particularly, hypothyroidism can reduce the amount of acid the stomach produces, causing a chain reaction throughout the digestive system. When foods are not fully digested when they pass into the intestines, they create blockages. This produces bacteria overgrowth, irregular bowel movements, and in many cases, pain.

Proper amounts of stomach acid are necessary for not only food digestion, but also for keeping bacteria at normal levels. Too much bacteria growing in the stomach and tract can result in heartburn, vomiting, and diarrhea. These symptoms, along with bloating and discomfort are often diagnosed as IBS (irritable bowel syndrome).

As touched on above, when the thyroid fails to produce proper amounts of hormones, it also directly affects the intestines. Aside from struggling with inefficiently digested food left by the stomach, the intestines slow down. The thyroid’s hormones aid in the contraction of the intestines, helping move things along. Without the correct amount, constipation results.

On the other unfortunate hand, if a thyroid gives out too many hormones, the opposite occurs. Diarrhea is another unpleasant consequence of incorrect amounts of hormones produced by the thyroid.

What Can You Do About It?

Everyone has occasional digestive issues. However, if they are consistently bothersome or severe, there are things to consider:

The little thyroid gland has a lot of work to do. It is responsible for keeping balance in many areas of the body. It is quite common for it to malfunction, either over-producing or under-producing important hormones. This affects the stomach and intestines in various ways. Havoc in the digestive system is not only inconvenient, but also uncomfortable and often painful. It can, if left unattended, lead to more serious problems. Fortunately, studies, proper diagnosis, and treatments are ever-increasing, providing relief to millions of sufferers.