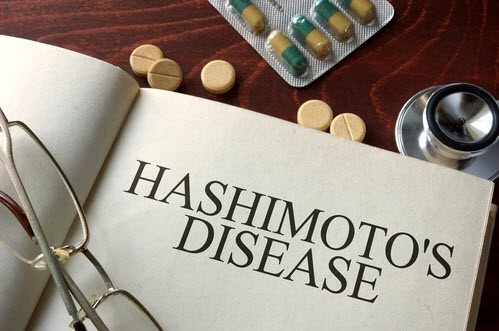 Hashimoto’s Thyroid Disease is the most prevalent thyroid condition in the United States. It also accounts for the majority of hypothyroidism. It affects more women than men but does not discriminate when genetics, environmental and medical conditions lead to Hashimoto’s. How thyroid controls hormone imbalances is essential in understanding Hashimoto’s and the auto-immune association. Learn who gets Hashimoto’s, the symptoms, treatments, and concerns.

The Endocrine System and Your Thyroid

As an autoimmune disorder, Hashimoto’s occurs as a result of the body’s immune system going haywire and attacking the thyroid. When the thyroid comes under attack it is unable to produce the hormones which control metabolism and the fuel burning efficiency of the body.

The primary condition associated with Hashimoto’s is hypothyroidism, or underactive thyroid hormone production. This condition means the body is unable to effectively use fuel and energy to function.

The symptoms of Hashimoto’s and an underactive thyroid may not be obvious in the early stages of the disease.

Diagnosis of Thyroid disease, like Hashimoto’s Disease, is a simple blood test. The blood is tested for the presence of T1, T3, and TSH. The blood test may not initially show the obvious signs of thyroid problems, so if there are symptoms and other indications of possible thyroid problems repeated tests are observed.

Your endocrinologist is the best doctor to treat thyroid disease. They will do an assessment of an individual patient determined by weight, age, hormone levels, antibody level and other factors. Most patients will take a simple pill daily of T4.

Pregnancy problems, infertility, and birth defects are prevalent in child-bearing age women with untreated Hashimoto’s. When a pregnant woman is pregnant she must be closely monitored for a host of problems associated with Hashimoto’s during pregnancy.

Uncontrolled high cholesterol is a concern for patients with undiagnosed and untreated Hashimoto’s Disease.

Severe cases of untreated and prolonged Hashimoto’s lead to many suffers having seizers, heart failure, coma and possible death.

The Outlook for Hashimoto’s is promising

Hashimoto’s Thyroid Disease is the most prevalent thyroid condition. The symptoms of Hashimoto’s range from non-bothersome to debilitating. If untreated Hashimoto’s effects lead to catastrophic consequences. Testing thyroid function and antibodies associated with Hashimoto’s is simple, although inaccurate in the early stages. Hormone replacement is the only treatment of underactive thyroid currently, but a very effective treatment.